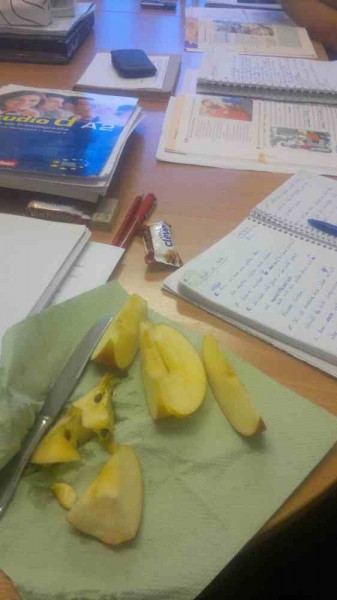 Today’s tip of Deutsch is one of the most difficult concepts for most of us, beginners in German language: Accusative and Dative cases (or in German “Akkusativ
Fallâ€ and “Dativ Fallâ€.
When do we have to use which one and what do they mean? If your mother tongue is Spanish, Portuguese, English, Persian (and perhaps Italian, I guess) you might have never heard of theses cases. When ever you need to use an article in your language, you just use it! As simple as that. At most, in languages like Spanish and Portuguese, you have masculine, feminine or neutral articles for nouns. In Persian you don’t even have that (in Persian we treat every one the same!). However this is not the case in German, regarding the role of the noun in a given sentence and regarding the verb of the sentence you need to use different forms of article (and of course concerning the gender of the noun!). The most challenging is Akkusativ and Dativ.
So, let’s go straightly to the point. When ever you have a transitive verb in a sentence, the direct object has to be in Akkusativ form. Dog is “Hundâ€ in German. “Hundâ€ is masculine and needs a masculine article, i.e. “einâ€. “I have a dog” would be translated to German to “Ich habe einen Hundâ€. That is exactly what happens when an article (masculine) gets the form of Akkusativ: ein â†’ einen, and so on.
Let me explain you in a simpler way. When ever in your sentence, there is an action done directly on the object of the sentence, you have to use Accusative. Let’s try to translate this sentence to German: “There is a man and the dog bite the man”. Do you recognise the “bitingâ€ is actually an action done on the (poor) man, so you HAVE to use Akkusativ here: “Es gibt ein Mann, und Der Hund beißt den Mannâ€. The poor man was directly the object of the action (biting) so we have to use Akkusativ article for him. As easy as that.

About Dativ I have to say that you use it when the object is a receiver. I will give more examples on Dativ in another post

Now I want to mention 2 points here: first of all although I tried to demonstrate the the concept of Akkusativ Fall in German here buy translating from English to German, but translating from one language to another while you are beginner in learning a language is a death trap. You have to avoid it as much as possible. The other point is that as you might already realized, the German grammar is quite complicated and there are many rules in it, so this explanation I gave here is just a very simplistic explanation and you need to rely on the lecture notes and the book you have while you are learning German from your teacher in the class. Don’t forget I am also a beginner and I am just trying to share with you my experience here.

(picture: the solution to bear 3 hour long classes every day: Clever chocolates and fruits in the break)