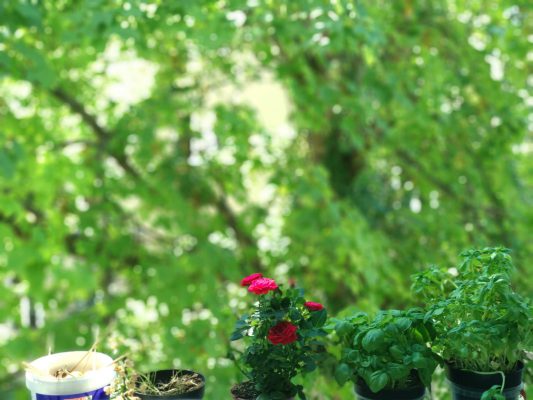 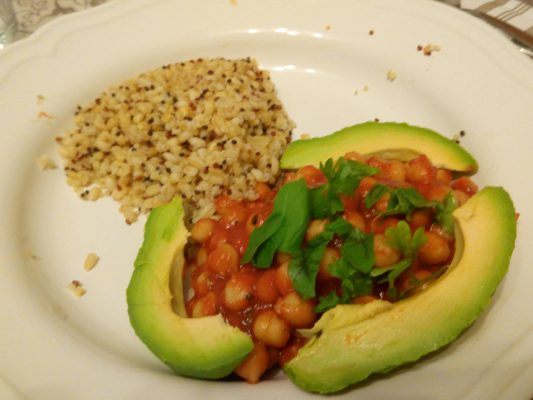 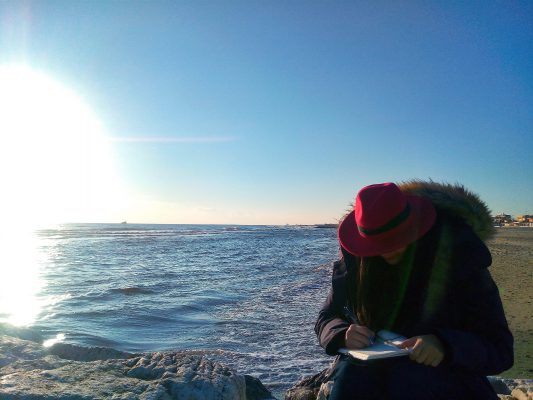 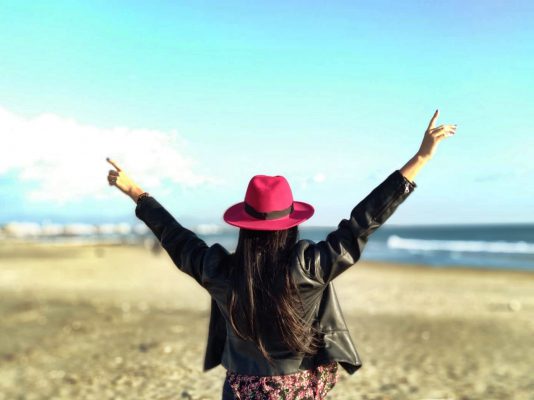 If you’ve never been to Klosterneuburg, you have no excuses because people come from far and wide (okay…like… Vienna far) to Leopoldifest, which takes place at the end of November. It’s one of the first winter-time festivals, filled with carnival rides and games, food stands and punsch! Every year, the Rotes Kreuz Klosterneuburg sets up their punsch stand which I was able to help out with both last year and this year. Since I’ve been learning German for the past few months, my friends decided to give me some added stress by having me actually talk to people. In German. Oh boy.

It was not easy, but I did my best! Customers still got their punsch, but I have to say the conversation was a little dry… But in the end, I was able to help out a great organisation. Hopefully next year I’ll be back and perfectly fluent. You all should come and visit! 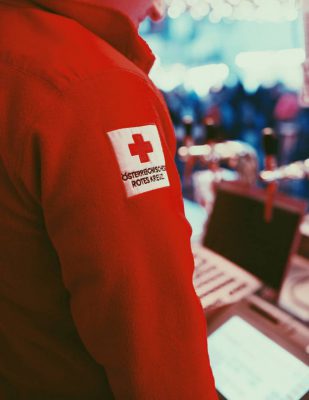 As this is my last post, I would just like to thank you all for following along, and wish you good luck with your German learning journey! 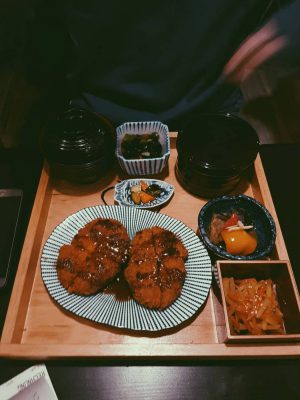 This post is going to be short and sweet because I want to get to the good stuff: my favourite restaurants in Vienna. GO!

Veggiezz (vegan burger place, the Smokey Burger is SO GOOD) 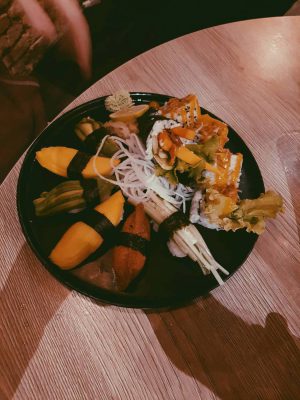 Jonathan & Sieglinde (a menu entirely of apple or potato dishes, the greek potato is the best)

Centimeter (traditional Austrian food, but you order everything by the centimeter!) 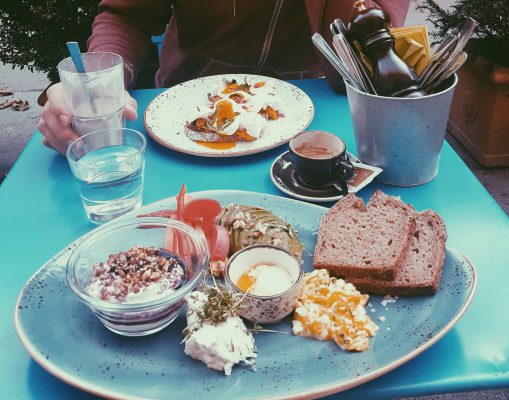 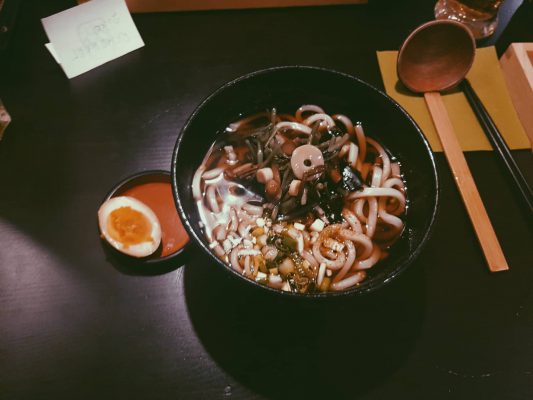 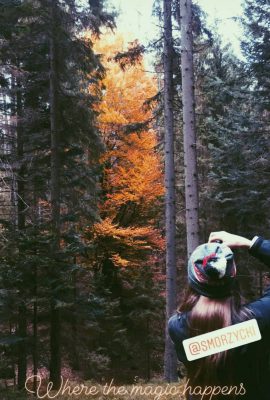 There isn’t really a lot I can say about my few days in Waldviertel because it wasn’t a trip to an exciting city with sites and museums, but it was still a really great weekend. It was filled with friends all hanging out and spending time in the nature. Being in the woods is something that I really miss, it’s something that I do often when I’m at home in Canada, so I really appreciated the time I spent here. Also the Autumn time of year brought so much colour to the forest. I think I’m just going to let the photos speak for themselves. 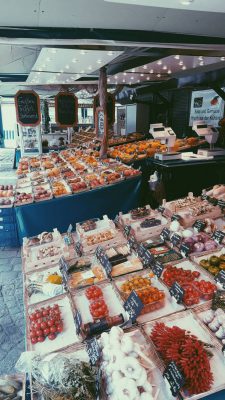 When I used to travel back and forth from Vienna and Canada (being in a long-distance relationship and all) I used to always be hunting for the cheapest route. Last year when flying to Vienna with my partner and his brother, we found that the way to save one or two hundred euros was to fly to Munich instead and then take a bus to Vienna. Therefore, we decided to make a little trip out of it and stay in Munich for a day. We did a free walking tour with Like a Local, visiting the Viktualienmarkt, Hofbrauhaus and Rathaus-Glockenspiel. We originally planned to spend the rest of the day exploring, but since it was the end of August, the day was HOT. We couldn’t handle walking around anymore. So we went to our hostel and asked what the best swimming spot in Munich was, and we were pointed in the direction of the Englischer Garten. To our surprise, the park had fast flowing canals running through it where people were jumping in and letting the current take them through the park. What a perfect place to cool down! There was even a spot with artificial waves where people were practicing surfing! 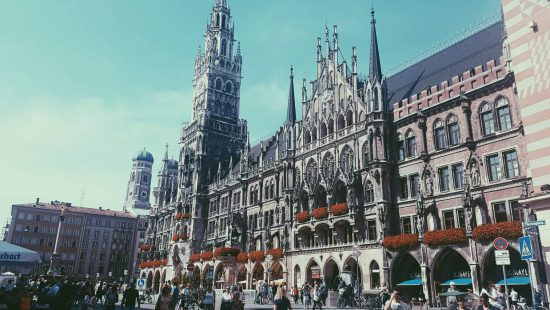 Last April my partner, our two friends, and I, all went on a trip together to Krakow, Poland. Both in the city and surrounding area, is so much history. For starters, the old town of Krakow is a medieval city that used to be completely surrounded by a fortress wall. In the centre is the Wawel Castle, which houses a legendary dragon. As well as medieval lore, Krakow is also home to the horrifying history of WWII and the Holocaust, with the Auschwitz Camp not far from the main city. My friends and I did two free walking tours of Krakow, one of the old town and one of the Jewish quarter and old Jewish ghetto (both were put on by the “Free Walkative Tours” – the guys with the yellow umbrellas). The tour of the old town took us through the main square, Sukiennice market and Jagiellonian University (one of the oldest universities in the world). The Jewish quarter tour told the history of the Jewish ghetto in Krakow and took us to the Ghetto Monument, which is represented by a large square filled with empty chairs. This tour also ended at the Schindler Factory, where my friends and I decided to go ourselves. It was a really beautiful museum, but we were all surprised that it didn’t have much to do with Mr. Schindler at all. On our trip, we also went to see the Wieliczka Salt Mine, which was quite spectacular. It’s one of the largest working salt mines in the world, with a ballroom entirely carved out of salt!

Of course, I need to talk about my favourite part of traveling: the food. If you’re every in Poland, you NEED to eat pierogi. They’re a Polish/Ukrainian dumpling filled with either potatoes and cheese, spinach and feta, mushrooms, cabbage or desert fillings like berries or sweet cheese. My family is Polish so I really can’t get enough of pierogi. The best pierogi place in the city is this tiny restaurant called Przypiecek. They didn’t even have a washroom, but oh my, did we eat a lot of pierogi. (But if you never make it to Poland…there is a great pierogi spot near Mariahilferstraße called Pierogi Bitte). 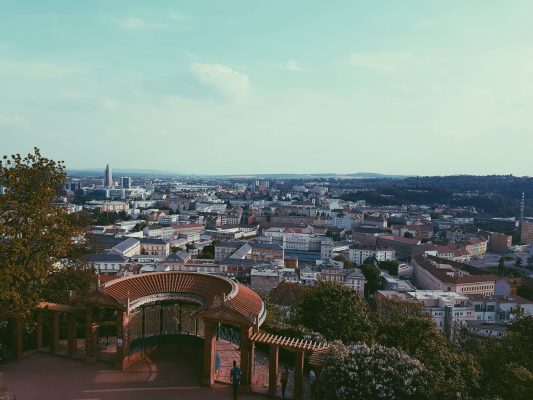 Brno is another great place to spend a few days if you want to get out of Vienna. Less than a two hour car or bus ride, it’s a perfect place for a weekend getaway. My partner and I spent 3 days there and we still didn’t feel like that was enough time. We started off with a free walking tour from Brno Free Walking Tours (you can find them on Facebook) with our awesome tour guide Martin, who showed us so many places to go. From there we explored the old town, Špilberk Castle, the Cathedral of St. Peter and Paul, and Villa Tugendhat. Unfortunately, we did not book a tour in advance so I had to scale a ledge to take a look inside the house… 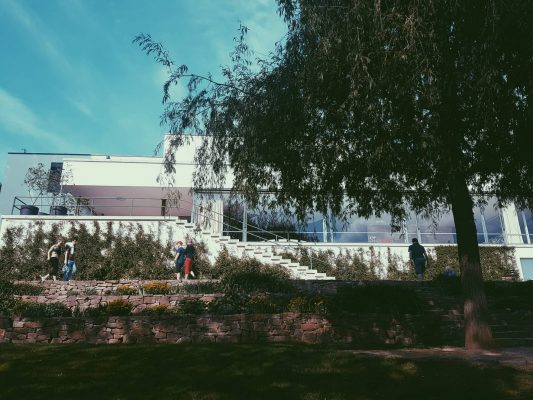 The food was also amazing there. We stayed in an Airbnb with a family who owns Menynem -Traditional Vietnamese Spring Rolls on Veveří, which were delicious. Also on the same street was Bistro Franz which had probably the best hummus I’ve ever had. And I know that the Czech Republic is known for it’s cheap and good beer, so there were so many pubs and bars in Brno. The one that we went into that despite having nowhere to sit, was really popular and had awesome beer was called Výčep Na Stojáka. Not only was there some great beer, but did you know that Brno has a secret cocktail bar? It’s called Super Panda Circus. I won’t tell you any more though…otherwise it won’t be a secret! 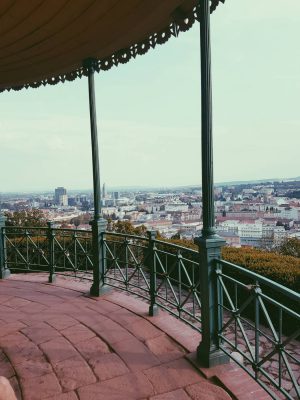 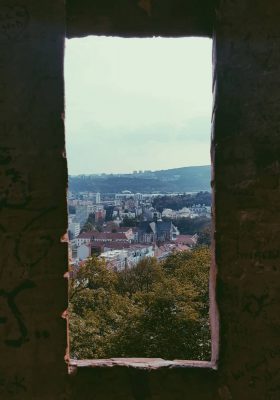 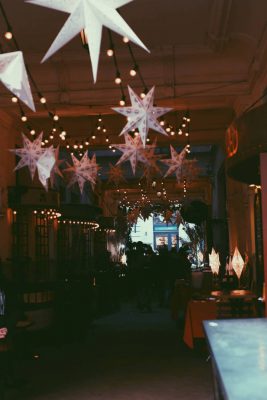 I think what a lot of Europeans don’t appreciate is how close everything is. You can drive two hours from Vienna and be in Hungary, the Czech Republic or Slovakia. Take the train and you’re easily in Germany, Poland, Slovenia, and Italy. I’m from the city of Halifax, which is in the east cost of Canada. The drive to the next big city, Montreal, is 16 hours. We also don’t have high speed trains, so the train takes almost a full day (22 hours). So I’ve made an effort to see as much of the neighbouring countries of Austria as I can while I’m living here, and I’m dedicating the next couple post to encouraging you all to get out and see stuff! It’s so easy! 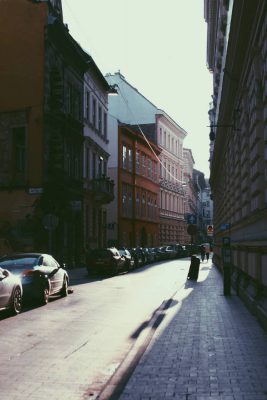 Not to long ago, I took a weekend to myself and went to Budapest, which has been on my travel bucket list for a while. The train ride was only two hours and I found myself an awesome hostel for 11 euros per night. I spent my two days there just walking around and exploring. Budapest is a gorgeous city full of beautiful Art Nouveu buildings (like the Four Seasons Budapest, which you should definitely step into) and deep history. There were tons of flea markets, cute secondhand and vintage shops, and (at the time) Christmas markets. There is also a huge market hall full of food and traditional Hungarian items. Maybe I was lucky with my timing, but I also experienced amazing weather while visiting. There was actually sun! Which was a change of pace from the grey Viennese winter. 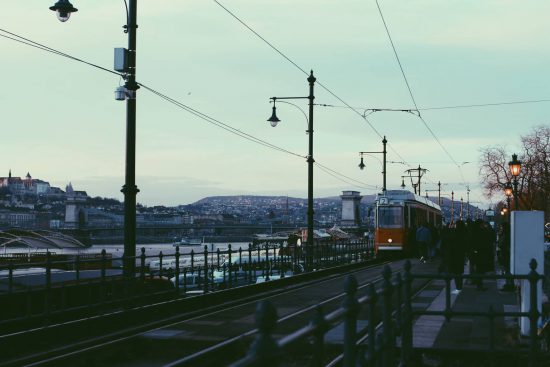