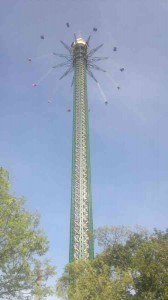 This is a heads up for first of May, “lobar dayâ€. It will be sunny, trust me I checked the forecast a couple of times, and there will be a festival in Prater organized by SPÖ (don’t tell me you don’t know the name of the Austria political parties, at least the reds, one of the oldest ones….Sozialdemokratische Partei Österreichs…), Wiener Kulturservice and Wiener Praterverband. It is called Maifest and will start at 13:00 and will last till night. The interesting part is here: there will be free beer for the first 200 people entering there!

The festival is basically a band contest, and Austrian version. All the bands (around 1000) were competing during the year and just a few of them get to the final which takes place on this day! So you can enjoy the top popular Austrian music (and the beer if you hurry up!)

one suggestion: no matter what is your view on politics or how involved you are in any sort of activities, if you are living in Vienna and learning German, it is good to know some thing about the political parties in Austria/Vienna. At least the names or the abbreviation. It is always a way of practicing German by reading about some general knowledge, let’s say political parties in Austria in wikipedia in German. The text is easy (so it is appropriate for us, the beginners) and you will gain some knowledge. Even if you don”t understand all the words, don’t worry. try to get the most, the sentence structure and the conjugation of the verbs you know.

(picture: don’t try this at home, just try at at Wien Prater!)