Europe’s biggest free open-air festival took place last weekend on the Donauinsel. International and domestic stars were creating a real party atmosphere for 3 days on 11 different stages. Different kind of music, sport, children- and family programs were also available to make sure no one is bored.
The festival had all together 2.8 million visitors (which is incredible, the city only has 1.84 million inhabitants!), and offered more, than 600 hours live program for the people.

One of the biggest hit was a Falco tribute. Falco was a Viennese singer, the first one who became popular and famous in America while singing in German. He was a special talent who died unexpectedly and too young. He had a legendary concert here in 1993, and it was re-enacted with the original band.

I visited the festival on Saturday evening with my husband. We wanted to go already in the afternoon, but the heat was incredible. It was very well organized. The drinks weren’t overpriced, we paid 5 Euro for a beer, which is acceptable in a Festival. We also had to pay 1 Euro for the plastic cups but we got it back when we took the cups back. This is a great idea, this way people don’t throw the glasses away and it is easier to keep the festival area clean.

We saw Mando Diao which is a Swedish rock band. I really like their music but they don’t make a very big show live. Then, we just joined to a random retro party with old Austrian songs what people were singing loudly with the singers 🙂

Going home was a little bit difficult because they didn’t let the subway overcrowded (It was running every 2-3 minutes). We had to wait in line a little bit but then we had a comfortable and safe way home. 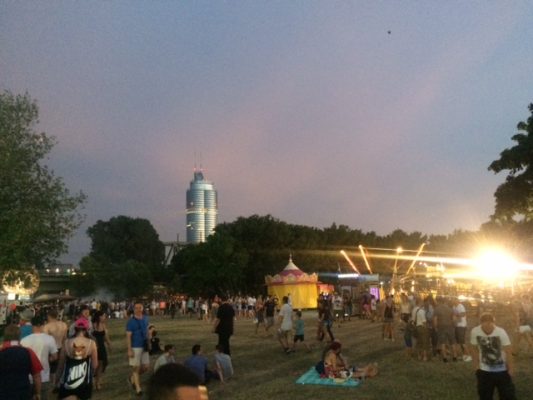 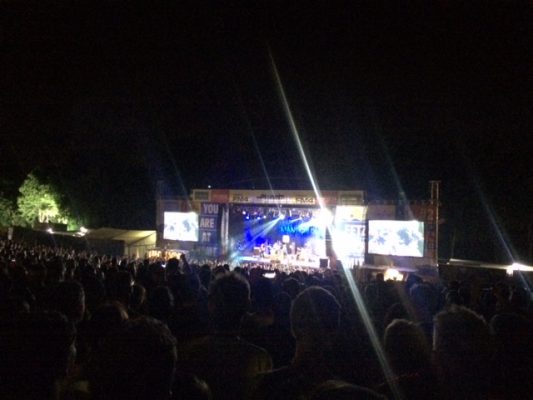