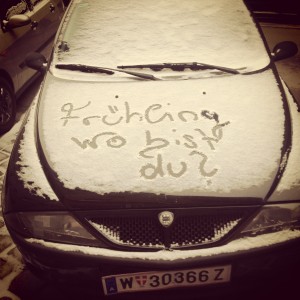 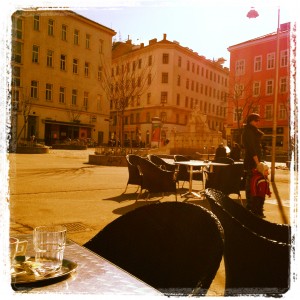 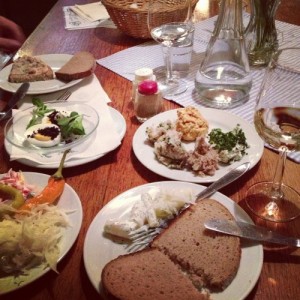 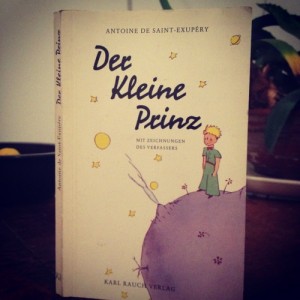 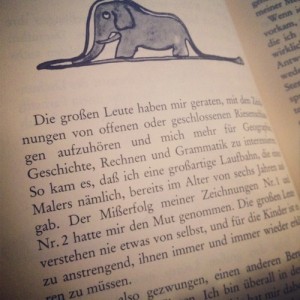 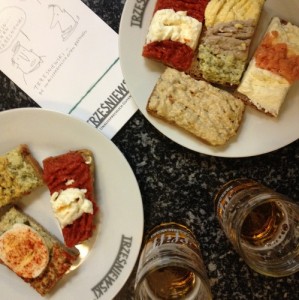 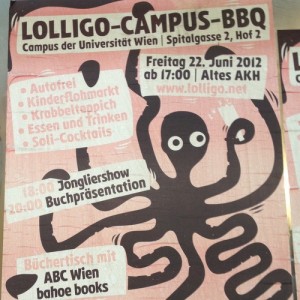 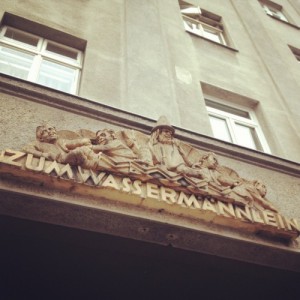 Just walking around town and keeping your eyes peeled turns out to be a very effective way of learning language. Street signs, notices on the U-Bahn and even graffiti have clued me in to new vocab and tenses. Walking along the Wienzeile the other day, I was intrigued by an unusual-looking sign that read “Zum Wasssermänlein.”

I didn’t get any particular language lesson (except for the always-helpful reminder that the dative case goes with the preposition “zu”!) … However, the spotting did lead me to look into the story behind this particular sign, with its strange image of a small troll-like man, surrounding with rather frightened-looking children.

It turns out, according to Viennatouristguide.at, that the sign alludes to an old legend associated with Vienna’s waterways. According to the lore, there used to be a popular swimming spot very near the building, where a sort of male water spirit lived, the “Wasssermänlein”. He could be seen sometimes when he emerged from the river, wearing yellow trousers and a grey coat with blue buttons. However, he would exact revenge on anyone who dared to swim in his favorite swimming spot. It was only possible to escape his cruel punishments by jumping out of the water and stepping onto a particular section of road where wagon wheels formed two deep ruts.

One day, a furrier and his two friends went to the river to swim. Along with them was a servant of the furrier, who watched the men bathe from the banks. Confident in his excellent swimming abilities, the proud furrier shrugged away concerns about the Wasssermänlein. However, sure enough, the little spirit turned up – and caught the furrier, dragging him into the depths of the river, to his death. The servant girl managed to escape, running off to tell the tale of her unfortunate master.

To this day, you can see the ghoulish testament to the tale right above the entrance of Rechte Wienzeile 71. 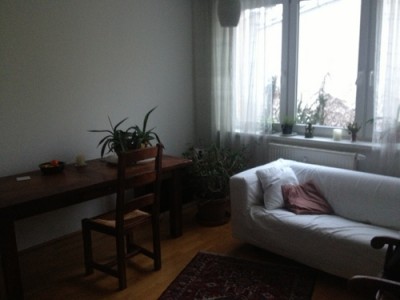 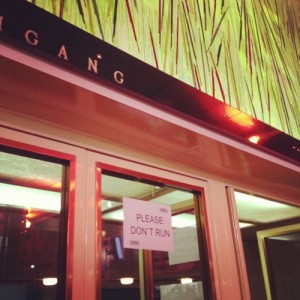 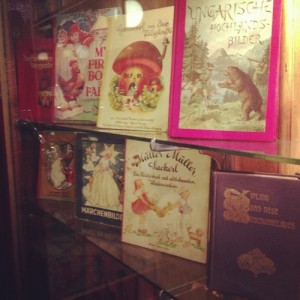