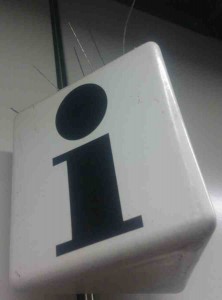 In the next two posts am going to talk about a bunch of topics. So these posts are not about one main topic and rather some divergent small topics. I would like to share with you a few points and hints we learned recently in class with Alex.

The first one is my favourite and that is mistaking meaning of words that look similar in two different languages. For example Portuguese and English share roots of numerous vocabularies with English, quite often you can simply assume the words that look similar in these languages are equivalent. The verb “as(s)istirâ€ in Spanish/Portuguese means to attend, i.e. a meeting or a conference. However “to assistâ€ in English has nothing to do with attending! So in Lisbon you may assist a conference, but in London you can not assist a conference!

Today we learned from Alex “spendenâ€ in German has nothing to do with “to spendâ€ in English. “Spendenâ€ is to donate money or contribute and that is quite different from the verb “to spendâ€ in English. So watch out, if you want to spend some money in Vienna you have to “Geld ausgebenâ€ and if you want to donate some money to charity, you have to “spendenâ€.

The next topic is about the difference of “alsâ€ and “wennâ€. Remember both of these two can be used as “Temporale Konnektorenâ€. They are used in situation when you have two actions/events coinciding with each other in time. Try to fill in the empty spaces (examples from Alex):

So in the first sentence, they got married once in PAST and a fellow during the marriage ceremony lost the track of number of beers he had. So you have to use ALS here.In the second sentence, there is no specific time, I don’t plan when I will become hungry. The sentence is referring to any general moment in time. We use WENN in this situation. Till here I guess it is clear for every one. But try this sentence: