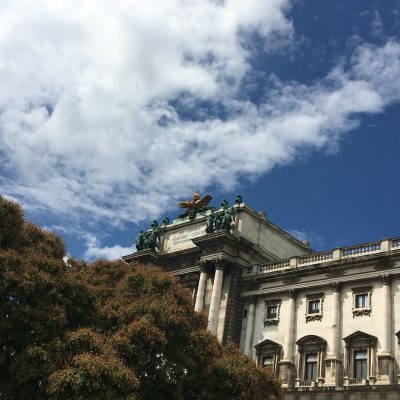 The Hofburg, Vienna’s Imperial Palace was orignially a medieval castle, but today only the castle chapel (‘Burgkapelle’) demonstrates its medieval past.The Hofburg was extended to a magnificent residence when the Habsburg’s power increased. That’s why one can find almost any architectural style, from gothic to art nouveau. Nowadays this enormous complex is home to “Österreichische Nationalbibliothek” (National Library), “Schatzkammer” (Imperial Treasury), and houses a collection of musical instruments, another collection of weapons, a “Museum für Völkerkunde” (Museum of Ethnography) and famous “Spanische Hofreitschule” (Spanish Riding School). 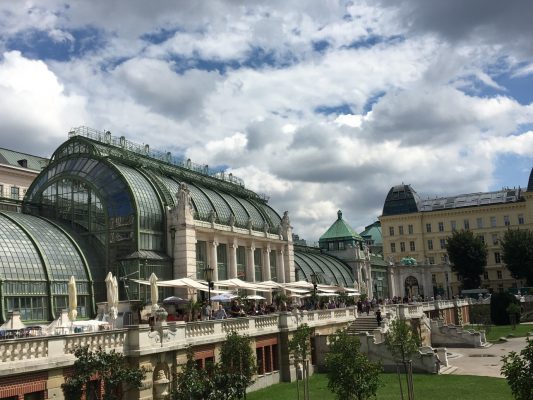 Vienna’s Imperial castle also houses exotic butterflies in a marvellous art-deco glass house! Vast “Heldenplatz” (sqare of heroes), situated next to it, is very impressive, too. Equestrian statues of Archduke Karl, who won the battle of Aspern against Napoleon’s troops (1809), and Prince Eugene of Savoy, who defeated the Turks, attest to Austria’s glorious past.

“Heldenplatz” is more than a square, it is one of Austria’s symbols of national identity.