On the road in Vienna 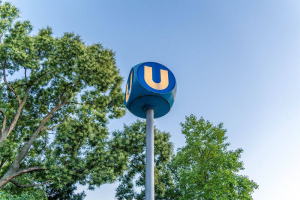 The DeutschAkademie is very centrally located. It can be reached by underground lines U1, U2, U4 (station Karlsplatz/Oper), tram lines 1, 2, D, J and the Badner Bahn (station Oper), as well as bus line 59 A (station Oper). Best conditions for learning German in Vienna.

A little marginal note: Riding without a ticket costs € 105 in Vienna. The ticket inspectors are called “Schwarzkappler” in Vienna and make regular checks.

The first underground trains travel shortly before or shortly after 5 o’clock in the morning. The last undergrounds run shortly after midnight. Tram and bus routes start running later and stop earlier. exact details should be obtained from the respective timetables.
The night buses run every half-hour during the time that the underground is not running. You can find an online timetable on the VOR homepage.

Short stretches are often more easily covered by bicycle and therefore terminals with loan bicycles have been installed all around the Inner City. Use of the bicycles is free for the first hour. However, registration is necessary. It is done via the Bankomat right at the terminal.