St Stephen’s Cathedral is a landmark of Vienna and the most important Gothic church in the city. The cathedral is about 197-meters long and 34-meters wide and has four towers – two of which lie on the west side and are built in a late Romantic style. The most famous of its 13 bells is the one called the Pummerin. It is the second biggest free swinging bell of Europe. The interior of St Stephen’s Cathedral has many altars and side chapels. Also worth visiting are the catacombs, which contain the graves of Viennese cardinals and archbishops. 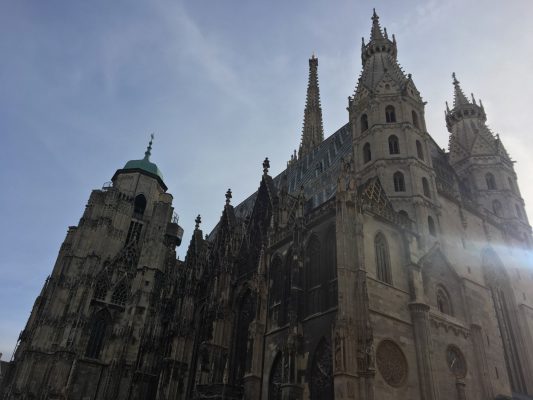 Visitors will find the Votive Church in the neighborhood that surrounds the major university in Vienna. This 99-meter-high church is the second tallest church in Vienna, and one of the most important neo-Gothic sacred buildings in the world. After an assassination attempt on Franz Joseph in 1853, the monarch’s brother commissioned this church to give thanks for saving the life of the Emperor. In 1854, a project by the 26-year-old architect Heinrich von Ferstel was chosen as the design, and construction began. After a construction period lasting 23 years, the finished church was consecrated on the imperial couple’s silver wedding anniversary. 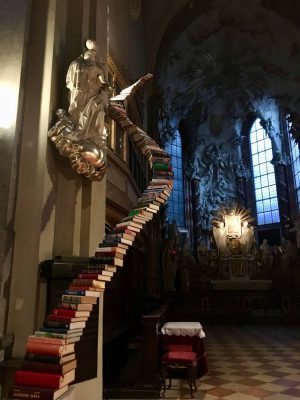 St Peter’s Church is located in a small plaza in the inner city, very close to the Graben and the Plague Column. The original building, if there were some pieces of it left, dates back to late Antiquity, making it the oldest church and parish in Vienna. The new building, which was just ready after about 21 years of construction was the first dome building built in a baroque style in Vienna. Visitors will see the church only if they pass this small alley and stand directly in front of it.