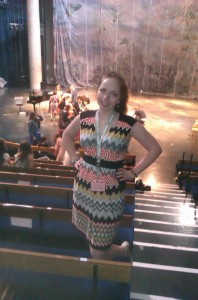 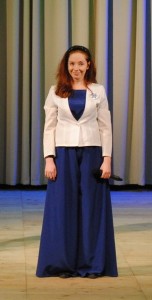 I have been singing for whole of my life, well, at least since I was 6 years old. Singing is something I cannot live without. I do even have a small tattoo in a shape of heart that means music is always in my heart. So this post I would like to dedicate to singing and music.

For the past 7 years I was a part of Jewish Choir in St. Petersburg. When I was on exchange in Canada, I joined Glee club of York University there. And when I arrived in Vienna last year I immediately searched for clubs here and found Uni Wien Choir. So at the moment I am a participant of Advanced Singing Club. I would like t say that no matter which organization you join, you are always welcome, because those clubs/organizations consist of people whose soul is singing and thus music unites you all immediately.

In May 2012 when I haven’t been enrolled at the University here, I went to a singing competition with my Jewish Choir. More than 10 choirs were participating in a first in Europe festival among Jewish clubs. The opening ceremony was at Odeon Theater that is located at Taborstraße. The atmosphere was warm and cozy. Everyone supported each other despite the competition. There were 3 days of performing. The closing ceremony was held in United Nations’ concert hall at Donau City. This was a huge event for my choir and no matter of the final results we were all happy to be in Vienna and to participate in such an event. At the end, the hosting choir became winners. What was a surprising factor for our choir is that the local TV decided to take interview with us. And could you imagine my surprise when in a couple of weeks I received messages in Facebook from my friends that they actually saw me on the TV. They were all so curious, how come I was in Vienna and what was going on.

That competition was one of my favorite ones. And I would keep the memory of it for the whole of my life. Sing!